Dr. Emma Naluyima of Uganda and Baba Dioum of Senegal are this year’s joint winners of the prestigious Africa Food Prize and U.S.$100,000 for their commendable efforts in demonstrating and promoting innovative and sustainable growth in Africa’s agriculture through improved resource use and market links. The winners were announced yesterday at the African Green Revolution Forum (AGRF) which is underway in Accra, Ghana. The AGRF is considered the world’s most important and impactful forum for African agriculture, pulling together stakeholders in the agricultural landscape to take practical actions and share lessons that will move African agriculture forward.

H.E. Olusegun Obasanjo, Nigerian former President, who chairs the Africa Food Prize Committee, congratulated the two winners, praising them for their courage in defying the status quo to open new pathways towards a more prosperous agriculture and for their solidarity with many others who wish to follow in their footsteps.  Dr. Agnes Kalibata, President of the Alliance for a Green Revolution in Africa (AGRA), another key supporter of the Africa Food Prize also congratulated the winners.

Dr. Emma Naluyima is a smallholder farmer and veterinarian in Uganda. She quit a government job to start farming. She has integrated a one acre plot to grow crops and keep livestock to build a successful, profitable and a sustainable farm. Naluyima recycles farm resources to provide natural fertilizers and pesticides as well as biogas. She and her husband have also set up a primary school – still on their 1-acre plot – that gives special emphasis to science and technology for its close to 300 students.She generates $100,000 a year from her farm, also hosts up to 10,000 visiting farmers to share knowledge through her advisory service. https://www.africanfarming.com/creativity-helps-ugandan-farmer-bloom-1-acre/ 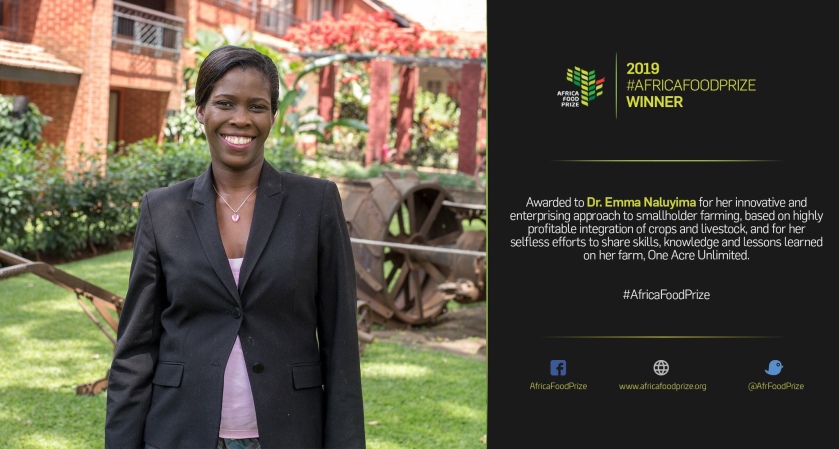 Baba Dioum´s is a forestry Engineer whose life and career have revolved around markets and trade in agricultural commodities. It thus comes as no surprise that, while pursuing his policy work, he also engaged in the production of vegetables and later potato for export, eventually shifting to mango production for the export market. To help consolidate West Africa´s position in this market, he created a regional network of mango exporters and developed a successful regional brand. has excelled in the policy sphere, leading the introduction of key reforms in the agriculture sector of his own country, before taking on influential roles in regional and Africa-wide policy development. He has actively promoted cross-border agricultural trade in West Africa and helped significantly to advance the trade dimension of the Comprehensive Africa Agriculture Development Programme (CAADP) as outlined in the Malabo Declaration. He has served on the boards of directors of the International Food Policy Research Institute and the International Fertilizer Development Center. 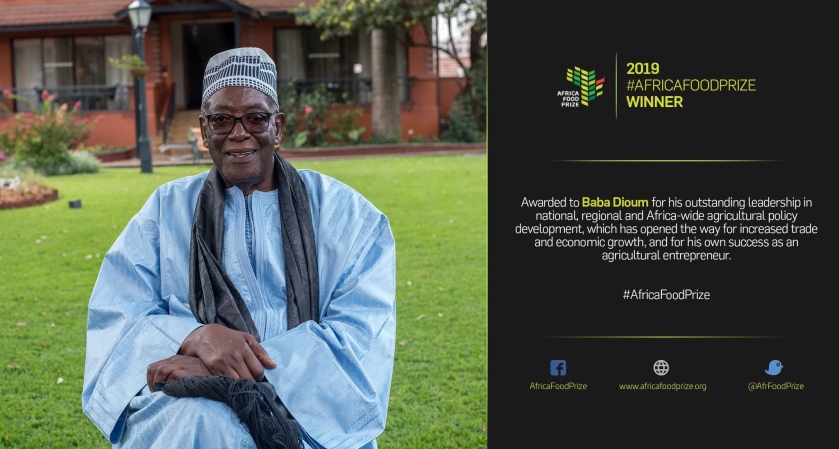 The Africa Food Prize honours outstanding contributions within every aspect of agriculture and food production that is clearly related to combating hunger and reducing poverty in Africa. Originally known as Yara Prize it was established in 2005 by Yara International ASA in Norway to honor achievements in African agriculture. It was moved to Africa in 2016 and christened the Africa Food Prize. Previous winners have included International Institute of Tropical Agriculture (IITA) (2018) and Dr. Akinwumi Adesina, president of the African Development Bank and former Nigerian Agriculture minister. The winner of the inaugural prize in 2016 was Dr. Kanayo F. Nwanze, the then President of the International Fund for Agricultural Development (IFAD).